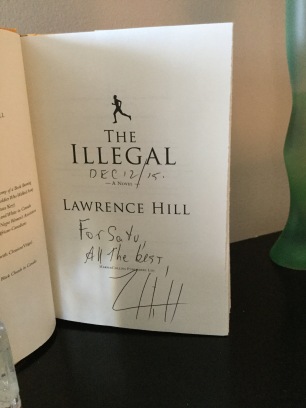 What I learned about Lawrence Hill:

Things I learned about myself:

4 thoughts on “Things I Learned from Lawrence Hill”